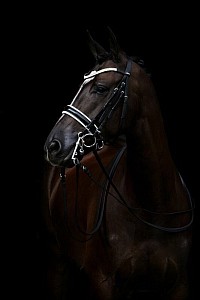 Euro-Quest Farms  wishes to congratulate Victoria Yeager on the purchase of Darioush!

What a beautiful pair you make!  We wish you much success in your future at FEI together and look forward to seeing you in the winners circle!! 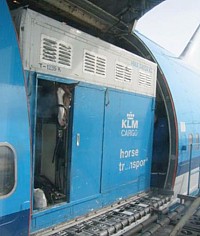 Euro-Quest Farms is heading for our fourth buying tour of the year to Europe.

We will visit Holland, Belgium and Germany and this trip we have added Spain!  We have many fantastic AA and JR/Yr horses set up to view.  If you have an interest in coming on our tour to purchase or just to have fun and learn a great deal, please contact us.  Our trips are well planned out, educational and we get many return clients because of such fabulous experiences on previous tours.  Contact us if you would like to join the trip, have an interest in us finding a wonderful new partner for you or if you would like to know what we will be importing upon our return home. 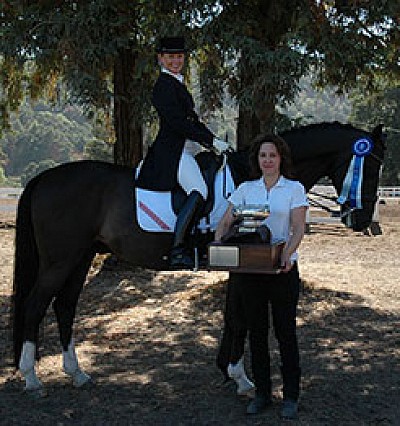 Heidi was awarded the Sportsman's Trophy.

In addition to the Kadett Perpetual Trophy for high scoring Intermediaire i, Heidi and Corado also won the Alois Podhajsky Perpetual Trophy. Podhajsky was a director at the Spanish Riding School. The trophy is awarded for highest FEI & FEI freestyle scores.

The trophy is engraved with the following Podhajsky quote:
"Dressage is a performance in which the rider thinks and the horse executes the rider's thoughts." 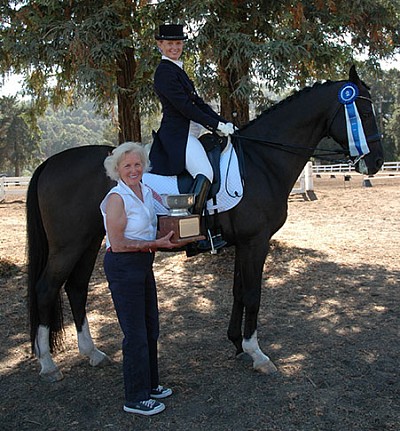 Made with SimDif
Heidi B. Knipe